When The Red Gates Opened is a memoir that reads like great historical fiction. My kudos to the author, career journalist Dori Jones Yang, for shaping a personal story into an engaging and educational book that is a perfect blend of subjective and objective perspectives. Her excellence as a journalist shines through as you learn more from Jones’ memoir about China’s transition from an impoverished communist nation to the world’s manufacturing mega-giant than you ever would from a history book. Along the way, it is easy to reach an understanding of how similar the Chinese are to Americans. One could say, the American Dream seems to be the Chinese Dream as well. Perhaps, it is simply a human dream to succeed and to live in safety and happiness.

When The Red Gates Opened has far more potential to educate the average American than any amount of straight journalism ever could while also being a truly enjoyable read. We are so pleased Ms. Jones was able to join us to discuss her newest book.

Amy Wilhelm: When the Red Gates Opened is subtitled A Memoir of China’s Reawakening. Do you believe China’s history as a leader and innovator created an indelible foundation on which to lay its gradual rebirth under Deng Xiaoping?

Dori Jones Yang: Great question! Certainly, China has a long history and was the most advanced country in the world for centuries. Still, in my opinion, there was nothing inevitable about China’s rise to a modern world power. In the 1800s, it fell behind Europe and lost two humiliating wars to Britain, and neither its Nationalist revolution in 1911 nor its Communist revolution in 1949 made it truly modern. What it took was a leader with vision during a period of stability and globalization, and that was Deng Xiaoping in the 1980s. China’s rebirth under Deng’s reforms was not gradual but explosive, with dramatic growth for three decades.

After slumbering for more than a century, it woke up fast!

AW: When you first arrived in Hong Kong, how aware were you of the differences between the mood of the people who resided there compared to those in the countryside?

DJY: Shortly after I arrived, the mood of Hong Kong people got increasingly nervous and worried about their future after 1997, when China planned to take back sovereignty. Oddly, though, once Deng and Thatcher signed their agreement about Hong Kong’s future, local people became more upbeat—matching the hopefulness of people in the rest of China. Many people in Hong Kong already had a pretty good life, so they worried about what they might lose. In the rest of China, most people had nothing to lose, so they were eager to grab every opportunity to make a better life. As time went on, Hong Kong people realized they had a lot to gain by doing business with a rapidly growing China. They rode that wave for decades.

AW: How were you able to observe the prejudice against women in journalism and not let it sway you from your goals? How much progress has been made on that front? Are you proud of helping to break that ground?

DJY: I was very lucky to enter the workforce when I did. Many new job opportunities became possible for women of my generation, and we saw nothing but upside. Only in retrospect do I realize how much prejudice still existed. Much of it has been stamped out, but stubborn pockets remain, as we all know. My daughter works in tech in Silicon Valley—one of the hardest places for women to break through.

My generation thought we had broken ground and created opportunities for our daughters; I certainly didn’t realize how much implicit bias against women would remain.

AW: As you got to know the Chinese people better, you stated, “They did not seem oppressed, looking over their shoulders, worried about censorship or government control. My professors had taught me that the Chinese were communal, putting the well-being of family and clan above self, and yet the ones I met in China eagerly embraced individual ambition.” How do you explain this dichotomy of perspectives? Did this experience hone your objectivity as a journalist?

DJY: Perhaps the biggest lesson I learned during those years as a foreign correspondent was how different China looks from the inside—and how important it is to try to understand the perspective of people in other countries. At some level, the Chinese are more “communal” than Americans; during the pandemic, they certainly embraced the importance of mask-wearing and health apps to protect the common well-being, without any griping about the loss of personal freedom. But the Chinese also embraced individual ambition with an enthusiasm you might not expect from people raised to believe capitalism was bad. And yes, there is censorship and government control in China, far more than we Americans would tolerate, yet most Chinese I know do not feel oppressed by it.

The Chinese people are more complex and multi-faceted than you would guess from reading the headlines. As a journalist, that made me want to get behind the generalizations and understand the nuances.

AW: Why couldn’t anyone predict how profoundly China would eclipse Japan and other Asian countries as a manufacturing mega-power? With hindsight, can you identify the predictors of this phenomenon?

DJY: Starting back in the 1980s, most other Asians predicted that China would want to follow the path of Japan, South Korea, and Taiwan as an exporter of manufactured goods, gradually moving into higher-tech products. Two things took us by surprise: how quickly China grew and how successful Chinese companies became in high tech. Other Asian countries also borrowed technology from the West but struggled to become truly innovative. Chinese companies are now creating new tech products and services, in part because of government support and in part because of their own fiercely competitive tech sector. I guess most of us couldn’t predict this because there was no precedent—certainly not for a Communist country! It really was mind-boggling.

AW: What do you wish more Americans knew about the Chinese and the Chinese about Americans? How does fear-based foreign policy get it wrong?

DJY: I wish more Americans appreciated how important it is to manage our relationship with China carefully, and how easily a confrontational, combative attitude could turn into a war that none of us wants. Most Chinese don’t understand why the United States, with a per capita income six times higher than theirs and a military budget more than twice as high, considers China a threat. I wish more Chinese understood how sensitive Americans are to Chinese boasting about their own prowess or China trying to make friends around the world.

Fear-based foreign policy, with an over-emphasis on “ideological” threats, leads our government to try to quash China rather than bolstering our own strengths.

AW: With the American election on the horizon, do you believe a new administration could easily rebuild the bridges that the current administration seems to be burning? Put differently, does our long history of cooperation have more staying power than we might think?

DJY: I wish I believed that! Although I ended my book on a note of hope, I currently feel pessimistic about the near-term future of US-China relations. In the past two years, I’ve seen a sea change in American attitudes toward China, a readiness to believe the extremist language we have heard from the current administration. In the heat of the election, China-bashing has become a national sport. Any American politician with a thoughtful, nuanced approach to China would be criticized as being “soft on China.” A new administration would need to build new, different bridges to Beijing to resume cooperation on such global issues as climate change, while protecting us from industrial espionage, ensuring US production of certain essential goods, and bolstering our own tech sector to keep our edge. 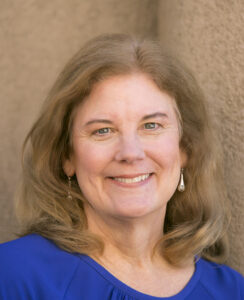 An experienced journalist, author, and speaker, Dori Jones Yang has written seven previous books, including a best-selling business book about Starbucks and two award-winning novels about Chinese children in America. When the Red Gates Opened is her first memoir. Educated in history at Princeton and in international studies at Johns Hopkins, Dori worked for eight years in the 1980s as a foreign correspondent for BusinessWeek, covering China during its pivotal years. From her current base near Seattle, she also worked as West Coast technology correspondent for U.S. News and World Report. Fluent in Mandarin Chinese, she has traveled throughout China over forty years and spoken about her books across the United States.

Sorry, the comment form is closed at this time.